The Gulf of Tigullio
There is no adjective for the beauty of this corner of paradise: the harmony and elegance of Portofino, the glamorous charm of Santa Margherita, the lively beauty of Rapallo, the historical and natural treasures of Chiavari, until enchanting village of Moneglia and the magic of Sestri Levante. And now is up to you the thrill of discovery ...

Rapallo is one of main tourist seaside in the Riviera di Levante, located in the inner part of Gulf of Tigullio. Rapallo is only 33 km from Genoa (towards La Spezia-Livorno).

The oldest centre of the town, partly renovated, is between the sea and rail; the modern part extends like an arc around the bay and on the slopes of the hills behind, with a typical Mediterranean vegetation. The port – equipped with a heliport - has a significant movement of pleasure crafts.

Fractions of Santa Maria del Campo and San Massimo are inside, on the sides of two valleys that converge to form the river Bogo, at the foot of the promontory of Portofino.

Like the rest of the area (and like all locations of Riviera di Ponente and Levante), Rapallo guarantees a tourist offer based on combination coast-hinterland, that only Liguria can propose.

From Rapallo you can go hiking to Park of Portofino and Park of Cinque Terre.

Excursion to Cinque Terre
The pleasant navigation along the coast of the Riviera di Levante permits to admire its beautiful and famous resorts directly from the sea: the Gulf Paradiso with Recco and Camogli, the evocative Bay of S. Fruttuoso, the Gulf of Tigullio with Portofino, Levanto and Bonassola until the arrival in the Cinque Terre regional marine reserve. The navigation will allow the vision from the sea to all locations of Riomaggiore, Manarola, Corniglia, Vernazza and Monterosso.

Aquarium of Genoa The Aquarium of Genoa is one of the largest and most modern marine parks of Europe, important tourist destination of our country. Suggestive tanks reproduce habitats of the Mediterranean and oceans, the pole and the tropics to allow the life and reproduction to more than five hundred species of fish and allows you to observe the secret habits of dolphins, sharks, penguins, jellyfish, seals and crocodiles. Particular attention to teaching, with guided tours suitable for all school levels, and the continuous scientific updating.
www.acquariodigenova.it

Old Port The old port has become a tourist and multi-cultural space. There are many points of attraction and initiatives hosted in this area: the Aquarium, the Pavilion of the Sea, the National Museum of Antarctica, the City of Children, the Library De Amicis, the panoramic lift Bigo, the Congress Center of « Warehouses of Cotton », an outdoor pool, etc.. In Marina Molo Vecchio stands now a modern tourist port, that links with the rest of the world through the near international airport Cristoforo Colombo.
www.portoantico.it

City of Children The City of Children of Genoa was realized by Porto Antico Spa Genoa on conception of "Cité des Sciences et de l'Industrie" of Paris - La Villette and "Imparagiocando" of Genoa. It is run by Costa Edutainment spa, a company also owner of Aquarium of Genoa and allows children to make a game-educational itinerary in an entirely covered pavilion.
www.cittadeibambini.net 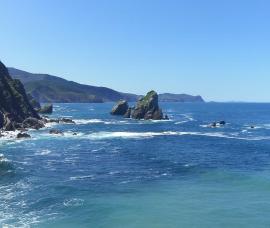 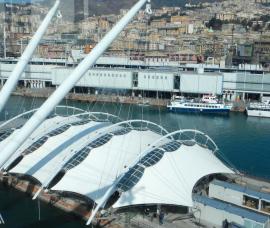 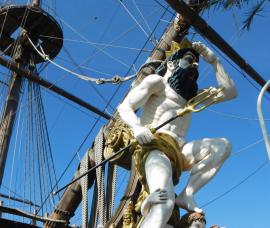 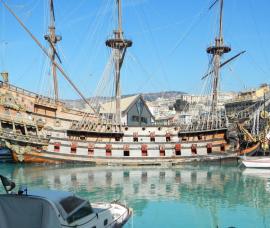 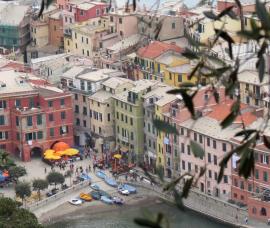 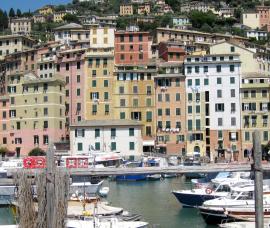